My neighbourhood transformed in the 1950s from semi-suburban middle class neighbourhood with homes erected in the 19th century to a dense series of apartment buildings inspired by Le Corbusier‘s Towers in the Park.  Despite Le Corbusier’s vilification, I have a soft spot in my heart for him and his ideas.  The follow through, though, was never what it should have been in the St James Town neighbourhood, and it’s sad to think of all the beautiful homes demolished to build these already aged apartment buildings.

More than maps or city plans, photos capture the gigantic changes that the neighbourhood underwent in the mid part of the 20th century.

The City of Toronto has a great archive of old photos and maps, scanned and available online and I was able to nab one of my intersection from 1912.  It’s totally unrecognizable. 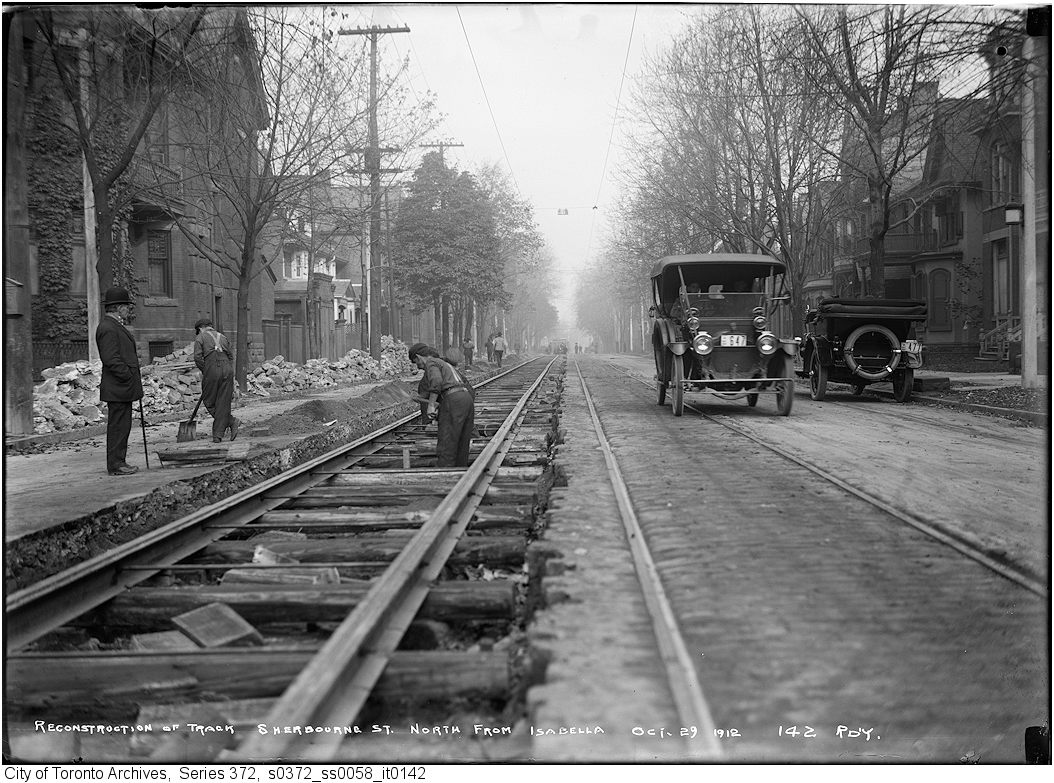 Sometimes a little splash of color on an otherwise dreary building brightens your day.

This mural went up yesterday just down the road from me, put up by this really great neighbourhood initiative UforChange.  UforChange works with New Canadian and low income youth to provide support and resources in an arts, culture and life skills program.